The city’s only top-level professional sports team, and consequently the team most San Antonians follow, is the San Antonio Spurs of the National Basketball Association. Previously, the Spurs played at the Alamodome (which was speculatively built in an attempt to lure a professional football team to the region), and before that the HemisFair Arena. They moved into the SBC Center in 2002 (since renamed the AT&T Center), built with public funds.

The AT&T Center is also home to the San Antonio Rampage of the American Hockey League, who are owned by the Spurs organization. San Antonio is home to the Triple-A San Antonio Missions who play at Nelson Wolff Stadium and are the minor league affiliate of the Milwaukee Brewers.

San Antonio had a professional soccer franchise when the San Antonio Thunder played two seasons in the original NASL during the 1975–1976 seasons. Professional soccer returned with the birth of the San Antonio Scorpions of the modern NASL in 2012. The Scorpions won the 2014 Soccer Bowl, the first soccer championship in city history. On December 22, 2015, it was announced that Toyota Field and S.T.A.R. Soccer Complex were sold to the City of San Antonio and Bexar County, a deal which was accompanied by an agreement for Spurs Sports and Entertainment to operate the facilities and field a team that plays in the United Soccer League. San Antonio FC began play in the soccer-specific stadium, Toyota Field, in 2016. As a result, the San Antonio Scorpions franchise of the NASL was shut down. San Antonio has two rugby union teams, the Alamo City Rugby Football Club, and San Antonio Rugby Football Club.

The San Antonio metropolitan area’s smaller population has so far contributed to its lack of an NFL, MLB, NHL, or MLS team. City officials are said to be attempting to lure the National Football League permanently to San Antonio. Former NFL Commissioner Paul Tagliabue stated San Antonio was successful in hosting the New Orleans Saints, and that the city would be on the short list for any future NFL expansions. The city has also hosted the Dallas Cowboys and Houston Oilers preseason camps in the past, and the Cowboys practiced in San Antonio through 2011. Cowboys owner Jerry Jones acknowledged his support for the city to become home to an NFL franchise.

The Valero Texas Open is a professional golf tournament on the PGA Tour held at San Antonio since 1922. It has been played at TPC San Antonio since 2010. Previous venues include the Brackenridge Park Golf Course, La Cantera Golf Club and Pecan Valley Golf Club; the latter also hosted the 1968 PGA Championship. The Alamo Ladies Classic was an LPGA Tour event held from 1960 to 1973.

In 2018, the Alliance of American Football announced that the San Antonio Commanders would play in the city beginning in 2019. 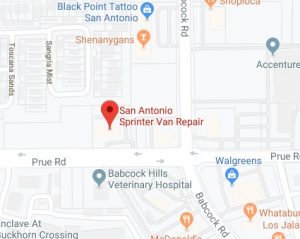